We have three children who have attended Alexander. Our eldest, Jesse, is now 21 and beginning her 4th year at the University of Miami Architecture School. Nick is almost 18 and will be a senior at Palmer Trinity, and Ryan is 12 and will begin Palmer a sixth grader. Though they are each different and unique individuals, they have all benefited from the educational offerings at Alexander.

When we first considered Alexander Montessori, our two-year old daughter, Jesse, was a very bright but extremely shy little girl. With tremendous ease, Mrs. McGhee slowly engaged Jesse in a simple play activity, and within ten minutes she was talking and interacting with our daughter very easily. We immediately knew that she was someone who truly understood children.

At Alexander Montessori, you will have the opportunity to deeply connect with families for long periods of time and through multiple children due to the overlap of ages in the Montessori classrooms. There were children who were in my daughter’s class to begin with, but after she moved on, the same children were classmates with my son. We spent the next eighteen years sharing everything with these families. The connections made at Alexander feel very strong and very lasting.

I can’t say enough about Montessori educational method. I feel like it is this amazing secret that the rest of the world needs to know. Children learn so much more at a faster rate, and they enjoy learning as much as play. The Montessori way of thinking becomes ingrained in who they are, allowing them to live successful lives as independent thinkers and self-learners!

My experience as a student at Alexander Montessori was incredible. I learned so much, and had great teachers who helped me excel. I made amazing and unforgettable friends, and it was truly a family. Alexander Montessori School has helped me academically and intellectually. It formed a base in all academic subjects from which I have continued to build on as time progresses. As a result of my Alexander education, I have managed to exceed academically in high school as well. I now attend Christopher Columbus High School as a freshman and class of 2022. I am in the Mas Scholars Program and continue to excel in my academics. I've done really well and have finished in the top 10 of my class in the first quarter with a GPA of 5.09. I am also a member of the CCNN club, which is the news broadcast journalism program at Columbus. I wouldn't be where I am now if it weren't for Alexander. I would tell another student that they would be making the best choice if they enrolled in Alexander Montessori. The school is truly one and only, and it is an amazing family community. Juan Pablo Garcia-Casals, Alexander Montessori Class of 2015 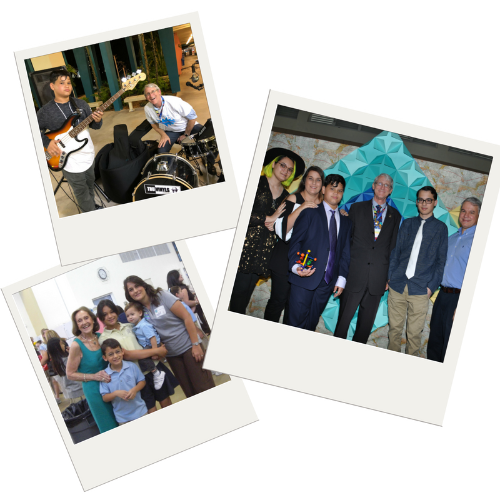